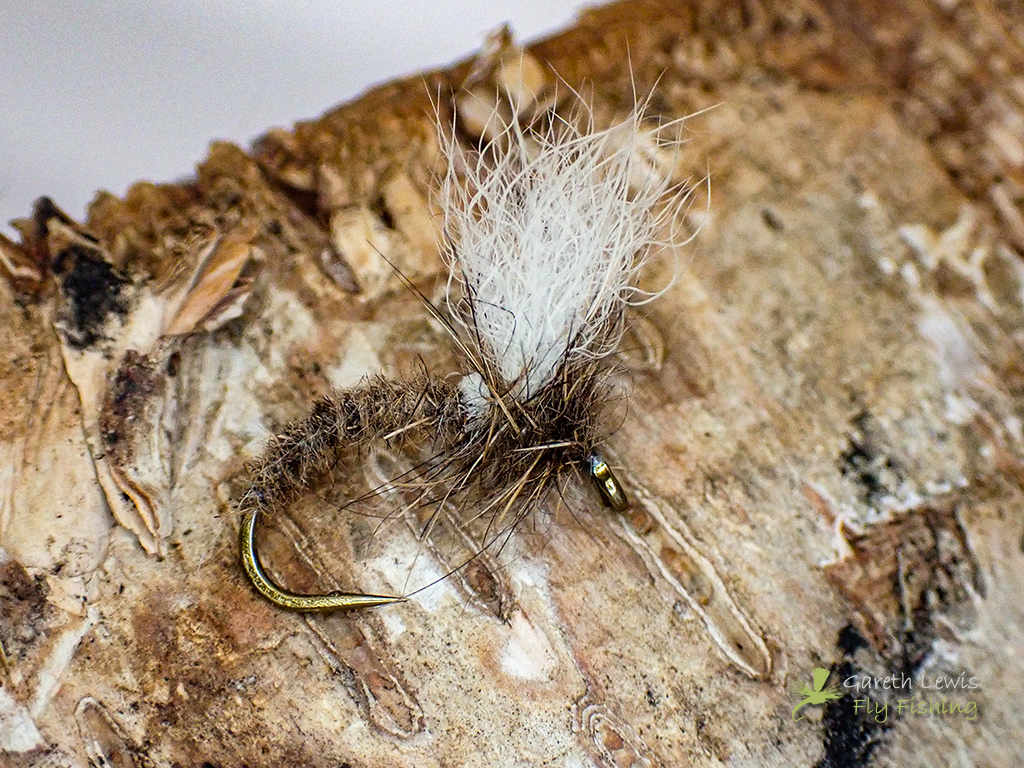 Initially developed by Bob Wyatt as a follow-up to his Deer Hair Emerger (DHE), the Snowshoe Hair Emerger (SHE) is a fantastic pattern that imitates a vast range of invertebrates and caddis and, at a push, I don’t see why it wouldn’t feel comfortable imitating midge. Its messy, noisy, buggy footprint is just perfect for the ‘less sexy’ emerging stage of the Ephemeroptera as, unlike its older dun and spinner cousins, the emerger is an outright mess. Thanks to the Snowshoe wing, this is a discernible and highly buoyant pattern.

When tying this pattern, chats with Bob have indicated he favours tying in the wing a little further back, certainly when compared to some of the CdC-focussed shuttlecock patterns. This pattern must sit in the film, as opposed to sitting verticle through the film.

I also ensure that the abdomen is dubbed then trimmed tightly. I always tie the abdomen with Hare’s Mask and then trim with my scissors, but others opt to use dubbings that sit tighter straight away. Superfine dubbing, for example, is great for this. Importantly, what we’re trying to achieve is a tight abdomen so that it pierces the surface film in order to position the pattern to sit as an emerging invertebrate. I use the same Hare’s Mask dubbing for the thorax, but this is dubbed via a split thread so that it’s more spiky and indicative of legs (as well as the other ‘bits’ that burst free as per any respective and generally messy emerger will tell you).

Fishing-wise, I use this on all my waters. From the small freestone streams that thread their way through our Welsh mountains and valleys to the larger main-stems of the Usk. It fishes well on fast broken water, and even on glassy glides of longer pools, and it’s visible as hell throughout. I grease the wing very lightly before fishing and, when it eventually succumbs to waterlogging, I dry it off using desiccant powder.

Bob Wyatt is a man who needs no introduction. His books have been invaluable to my own fishing life, as have his observations on trout via magazine articles and podcasts. The below are absolute must-reads/listens.